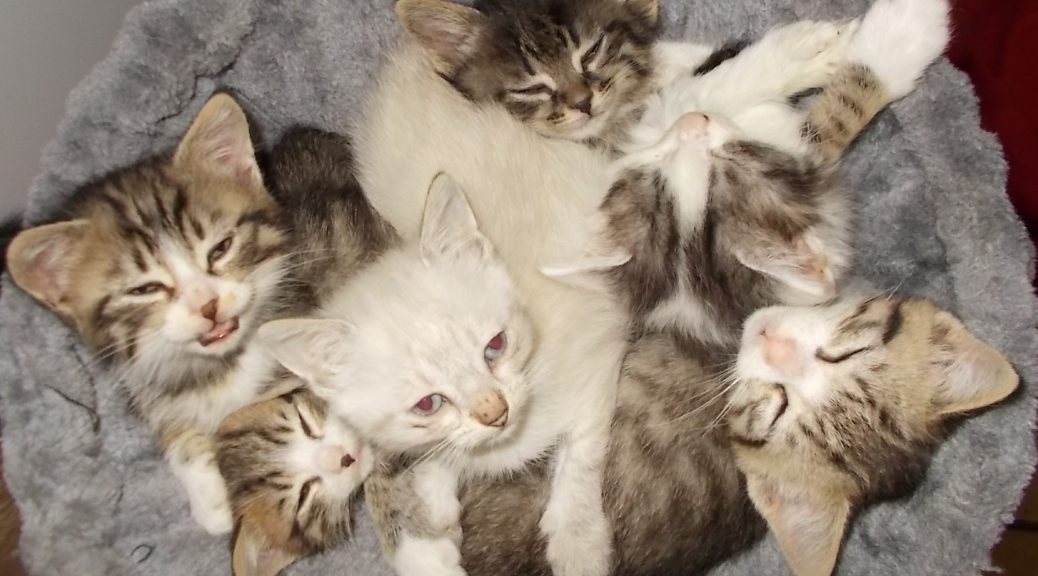 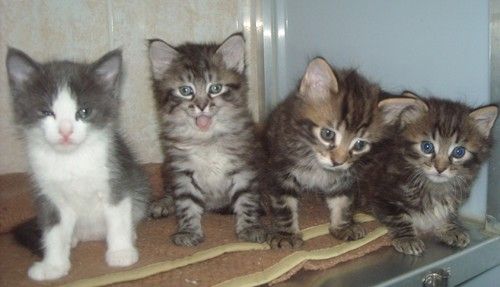 Chats du Quercy, like the UK’s leading cat welfare organisation, Cats protection,  are very aware that cats are often neutered too late in life when they have already produced at least one litter of kittens. Where there were only two cats, now there is suddenly a litter of six. We have been pushing early neutering in cats for years and are excited to see that Cats protection are really taking this policy a step further!
Neutering is the only effective way to reduce the number of unwanted cats. We recommend that pet cats are neutered at four months of age or younger, before they start puberty, to prevent unplanned pregnancies. This short video shows what is involved when neutering male and female kittens and discusses the benefits of the procedure.
Cats Protection has produced ‘A Guide to Early Neutering’; an online video that explains why cats should be neutered at four months of age or younger. http://youtu.be/SxIcwNsQUJ0
This comprehensive video explains the benefits of neutering cats at this age and why Cats Protection believes it is the most humane and economic solution to the problem of unwanted litters of cats. 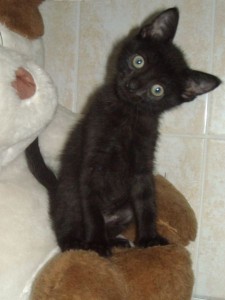 Maggie Roberts, Cats Protection’s Director of Veterinary Services explains how last year Cats Protection spent over £6 million supporting the neutering of over 191,000 owned, stray and feral cats and kittens– that’s more than one every three minutes: “Cats are such prolific breeders that if we didn’t neuter them, we would have a population explosion that would end up with sick, stray and abandoned cats roaming the streets. As a nation of animal lovers, I don’t think anyone would find this acceptable.
However, Cats protection research reveals 94 per cent of cat owners don’t realise that cats can get pregnant as early as four months of age.  Like Cats protection, Chats du Quercy is working with the veterinary profession and the public to encourage cat neutering around four months of age, which is a significant move away from the traditional six months.”
Numerous scientific studies have shown no long-term negative consequences resulting from neutering earlier.  In fact there are many benefits including fewer unwanted litters and fewer pregnant cats suffering complications such as mammary tumours or needing Caesarean sections, with early neutering being the norm in other cat-loving countries.
BBC Children’s television presenter, Sarah Jane Honeywell, who owns three cats, took part in the video and said: “I felt a bit guilty about getting my cats neutered when they were so small even though my girl cat came into season when she was just over four months old. But now I’ve seen the procedure, and seen how quickly the kittens recover, I would recommend that you get your kittens neutered too.”

Chats du Quercy has also set up a register of vets that are helping the charity deliver its early neutering goal. Owners can contact us to find their nearest veterinary practice that will neuter kittens earlier than six months of age.
To seek advice on neutering or to request financial assistance to get your cat neutered if you are on a limited income, please call Chats du Quercy on 05 63 94 73 97

Chats du Quercy have been given the transcript of the Cat’s protection video – “Don’ let kittens have kittens”, they have kindly allowed us to translate it into french.
If you’d like a french copy, please contact us
Here is the link once again –
Lien – http://www.youtube.com/watch?v=SxIcwNsQUJ0&feature=youtu.be