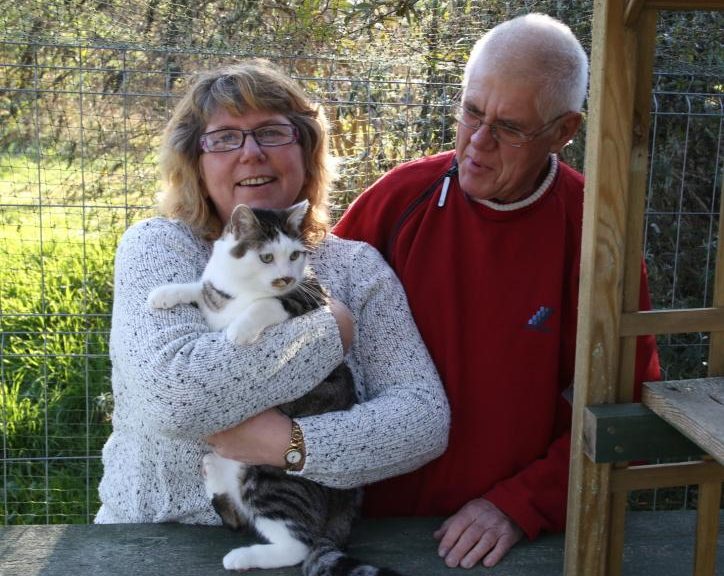 Since 2004 Lynn, Ron and more than 50 other dedicated volunteers have rehomed 1000’s of cats and kittens, and indirectly helped thousands of others all over France.  The Chats du Quercy team currently help on average, 400 cats and kittens every year.

In 2011, Lynn became a qualified Cat Behaviourist after studying Applied Pet Ethology, with the aim of helping place the cats we have for adoption in the best home possible for each individual cat, and in April 2020 gained further qualification with merit, in domesticated pet behaviour which brings the title ​CertCAB Animal Behaviour (Comportement des animaux).

A little note from Lynn concerning “The ethology of the cat”
You may have heard mention the word “ethology”, I realise that very few people know what it is and what it can bring to a cat behaviourist.

Ethology is the field of scientific study of behaviour. It is often said that it is the biology or anthropology of behaviour. In ethology, we look at the origin of behaviours, explain their evolution over time and try to explain scientifically what manages behaviours (genetics, environment, learning, etc.).

It is a relatively new science, and there are very few specialists.

Lynn’s aim is also, to address the reasons why cats are abandoned in the first instance, to alleviate these problems, thereby, helping cats to stay in their own home and not surrendered to a refuge.

Our aim is to be able to help even more cats and improve understanding of their needs.

Our Mission : Encourage a world where cat’s needs are known, accepted and respected.