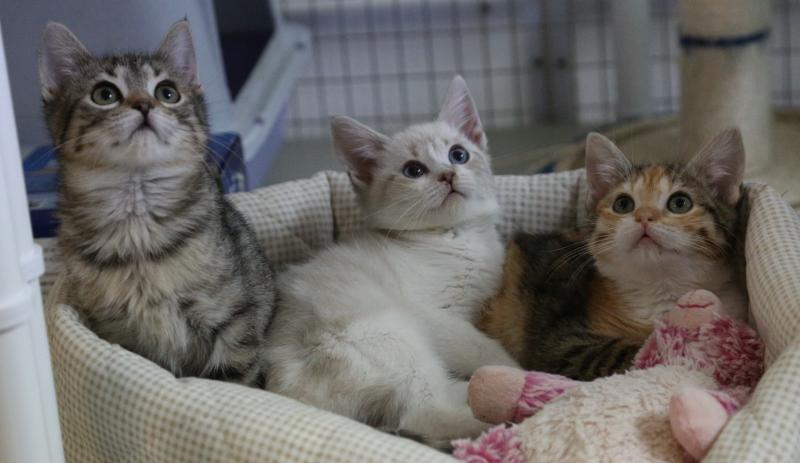 Or why Mother Nature knew what she was doing when she created kittens in litters.

Kittens need interaction with other kittens for healthy social development. A kitten learns a lot in the first several months of life from its mother and litter mates.

Separating a kitten from its mother is often a necessity for adoption purposes, but taking it away from its litter mates and isolating it can delay the kitten’s development emotionally, socially, and sometimes physically.

Kittens together are healthier and happier

Kittens who are able to remain with one of their litter mates or a similarly-aged companion tend to be healthier and happier, and in the long run, better socialised pets than those who are isolated from others of their kind at an early age.

Even loving, caring, humans are not adequate substitutes for kitten companionship. Even if a person is fortunate enough to be home quite a bit, the amount of attention a lone kitten will demand is likely to occupy more time than the person has available.

A pair of kittens will definitely still want to interact with people, but can keep each other occupied. Most cats, regardless of their age, are highly sociable and are truly happier living with other cat companions. This in turn makes them better pets. 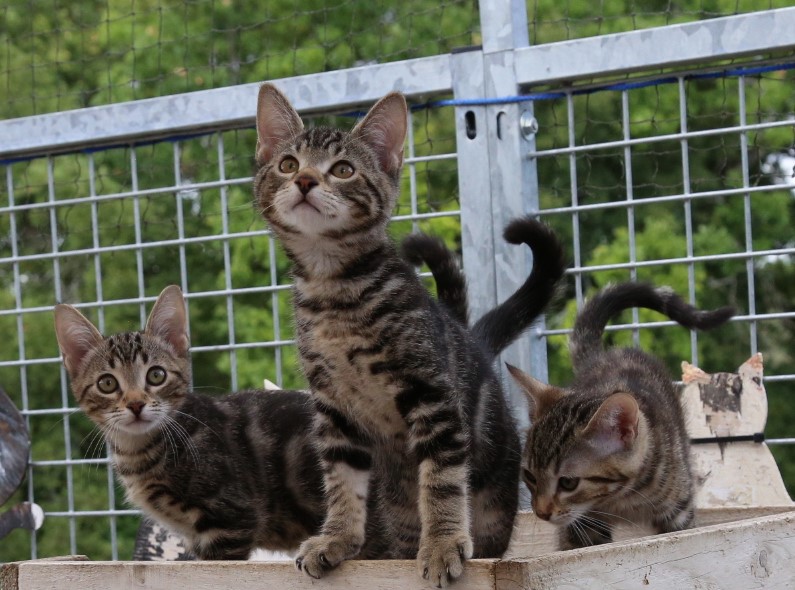 Kittens are curious and crave constant stimulation. Out of boredom, a single kitten will often entertain itself by chewing plants, climbing drapes and furniture, unrolling toilet paper, exploring electrical cords and sockets, etc.

Kittens who live with other kittens may sometimes do these things as well, but if they have another kitten to tumble around and play with it is less likely they’ll need to entertain themselves with behaviours like these, which can be destructive and dangerous.

Kittens bite and wrestle with one another–this behaviour is normal. You can’t and shouldn’t prevent a kitten from doing what comes naturally, any more than you can force a two-year-old toddler to sit still.

Though it’s not acceptable for a kitten to bite and wrestle with its human companions, in the absence of having a litter mate or companion its own age to play with, this is precisely what a single kitten will want to do.

Even if you are willing to allow (and can tolerate) this behaviour from your kitten, by the time the kitten matures, you will end up with an adult cat who has developed very bad habits (i.e., biting and scratching as play).

Kittens are very active at night. A single kitten is likely to keep people awake at night with constant jumping, pouncing and other hunting behaviour.

With a companion to play with at night, this behaviour is minimised because they will have each other to chase and play games with until they too fall asleep.

Obviously depending on the cat, a single kitten is not a good companion for an elderly cat. Kittens have boundless energy.

They want to play and run constantly which typically overwhelms and irritates an older cat. Likewise, a kitten is apt to be frustrated that its companion doesn’t have its same level of energy. At the very least, this can lead to two very unhappy cats.

At worst, behaviour problems such as litter box avoidance or destructive scratching can occur as one or both cats act out their frustrations on their surroundings.